The trial period has expired please purchase if you like to continue using the theme.
What You Need To Know About "Keto"

What You Need To Know About "Keto" 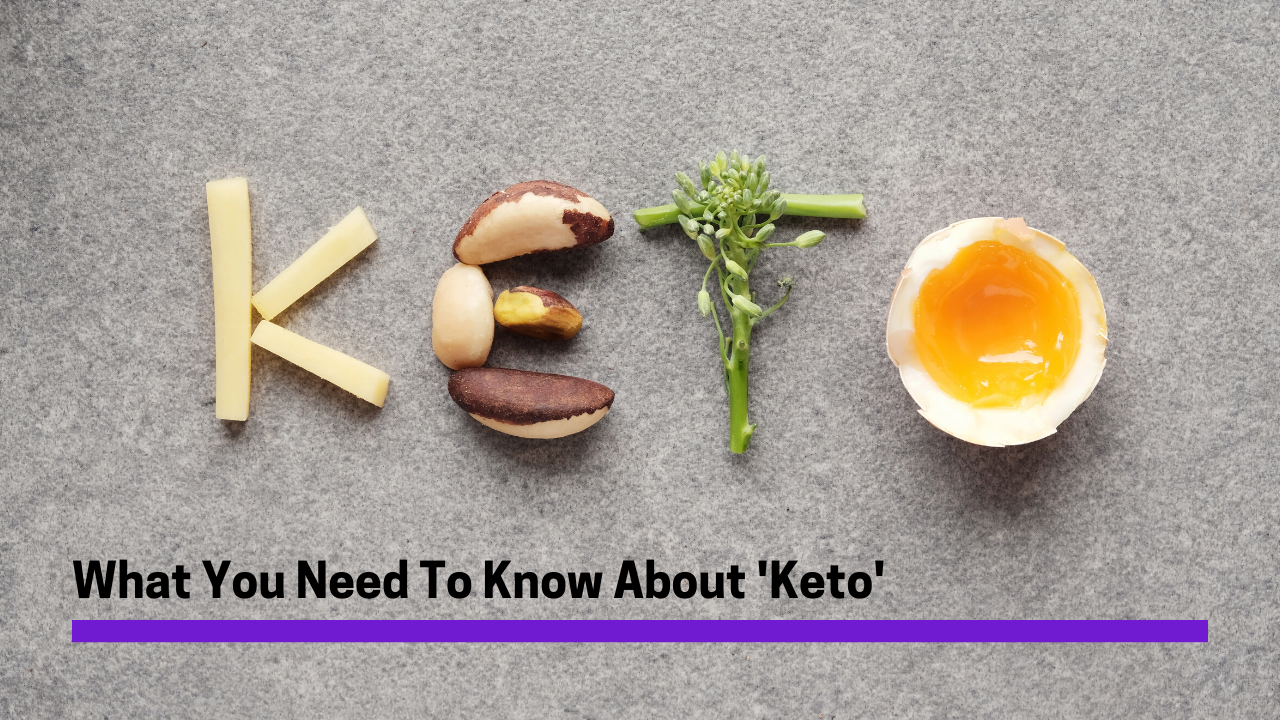 What is the Ketogenic Diet?

“Keto” is a fad diet that seems to be all the rage right now. It is characterized by very low carbs and very high fat, especially relative to the “typical” American diet. While it can be effective for losing weight quickly, it’s important to understand the nuances and potential downsides as well, so before you throw out all the carbs in your cupboard, let’s take a deeper look.

How does the Keto Diet work?

The standard keto diet calls for roughly 75% fat, 20% protein, and 5% carbs, so low carb, moderate protein, and high fat. This reduction in carbs in favor of fat raises blood ketone levels and puts your body into a metabolic state called ketosis. When this happens, your body becomes more efficient at burning fat for energy. It also turns fat into ketones in the liver in order to energy for your brain and low intensity exercise. Keto diets can cause massive reductions in blood sugar and insulin levels from the lowering of carbs in your regular diet. The reason that protein in the keto diet stays moderate is that it can be turned into glucose (sugar) through a process called gluconeogenesis. This is what provides the other energy sources for the body that it cannot get from fat/ketones.

Keto diets will mostly consist of:

People eating a keto diet will want to avoid:

Why do people do keto? Who might benefit and what are the benefits?

The keto diet was originally developed for children with epilepsy. It was adapted for the general population because it can be an effective way to lose weight and lower some risk factors for disease.

Those who have a lot of weight to lose (like 50+ pounds) and are at an unhealthy body-fat level (35%+) can also potentially benefit from the keto diet or a low-carb diet because they typically have insulin resistance going on. Removing carbohydrates (especially processed sugars) from your diet can be helpful to get insulin function back to a good place.

Alan Aragon, a nutrition researcher, cites that the main benefit of the keto diet is appetite regulation, and being less hungry due to the high-fat diet and its side effects. He says, “Under non-calorically restricted conditions, ketogenic dieting has consistently resulted in body fat and/or body weight reduction. This occurs via spontaneous energy intake reduction."

Otherwise, he cites that it typically (only) works well in the long run for people who are GIVEN food (like in hospitals or during strict research studies that supply food), and those who are highly motivated, like high level athletes and body-builders.

What are the downsides?

The biggest downside of keto lies in how strict and extreme it is relative to the typical American diet. For this reason, people very often struggle with adherence. Aragon says,  "Adherence appeared to be particularly problematic for those studies who set out to achieve a very low-carbohydrate diet (<50 g carbohydrate per day), with only one out of the six trials that prescribed a very low carbohydrate diet being able to achieve this target as an average value." So because adherence is a struggle, people are not able to consistently eat according to this plan, and don’t stay in ketosis, and the yo-yo effect that is so common in fad diets comes into play and they regain the weight they lost (and sometimes more).

There are also some initial side effects while your body adapts to the new diet, and it’s often referred to as the “keto flu”, and this can last for several weeks. This is characterized by poor energy and mental function, increased hunger, sleep issues, nausea, digestive discomfort, and decreased exercise performance.

Plus, initial weight loss that people see from keto is often from dropping water weight (and not actually fat loss) when you cut carbs (... but if you “cheat” or stray from the keto diet, this water weight will return when you start eating carbs again.)

The keto diet, for most, is not a long-term diet plan. One of the biggest long-term concerns is deficiencies in vitamins and minerals (from not eating a wide variety of fruits, vegetables, and fiber) and the effects down the road.

Additionally, the keto diet and state of ketosis can hurt athletic performance (especially if you do high intensity exercise), damage blood vessels, increase risks for some chronic diseases (like high cholesterol and heart disease, due to too much fat in the diet), bad breath, insomnia, kidney stones, gastrointestinal distress, and decreased bone density.

Other frequently asked questions and considerations:

1. How is the keto diet different from low-carb and Atkins?

Note that the guidelines for a low-carb diet vary quite a bit in studies and research, but usually they are classified as being 30% or lower of your calories from carbohydrates.  This can vary greatly by individual too; the average individual that exercises moderately, that could mean 50-100g of carbohydrates a day, but for some athletes, low carb can still be 200+g/day.

2. How do you know if you’re in ketosis?

It can be hard to tell if your body is actually in ketosis, which is another drawback of this diet. You can only really know for sure if you test your blood, urine, or breath. Most people who are serious about keto test their urine with strips.

3. Are there different versions of keto?

There are several versions of the ketogenic diet, including:

Most of the research available is on either the standard or the high protein. The cyclical is utilized more by bodybuilders and athletes, but there isn’t much information available about it.

4. Who may NOT benefit from keto?

Preliminary research shows that the keto diet actually caused pre-menopausal women to GAIN body fat; this relates to the presence of estrogen when being in the state of ketosis. These studies show that it may still be an effective way to lose weight in post-menopausal women, showing weight loss similar to that seen in men.

Diabetics would also likely not benefit, as their blood sugar levels are sensitive and they would not be able to sustain such low levels of blood sugar without doing other harm to their body.